Buying Your First Aircraft – Questions to Ask Yourself

Buying Your First Aircraft - Questions to Ask Yourself

Questions to ask When Purchasing Your plane

Are you a new pilot in the market for an aircraft but unsure of how to start? Well, we have compiled a list of questions you should ask when buying your first aircraft. It’s important to do your due diligence when purchasing an aircraft.

Buying an aircraft can be one of the most enjoyable endeavors of a pilot’s career. So, it is imperative that you ask the right questions to figure out what’s best for you.

What would your common destinations or routes be?

One of the most important questions you can ask is where do I plan to go. As you know, aircraft are not all the same and they each feature different landing characteristics that will determine their suitable landing zones. Have an airport near you? Find out what the runway length is to determine whether your aircraft can land. Are you intending to land in areas where there are grass runways, keep this noted as the aircraft you select will require this capability? As a General rule of thumb, take a look at the areas you see yourself flying to and write down the landing limitations of each airport nearby.

How many passengers are you looking to accommodate?

Here is a big one that most people oversight, how many passengers do you see yourself carrying. As many pilots know, a Cessna 172 may have 4 seats however its unwise to carry 4 full-sized adults for weight and balance reasons. Now this concept expands for all aircraft and types. Determine how many passengers you hope to carry in your aircraft and assess whether the aircraft of your choosing can handle it via the weight and balance, not only the seat count.

In addition, prices range dramatically once you go over a 4-seater aircraft, so definitely keep this in mind if you are looking to take people up with a full load. 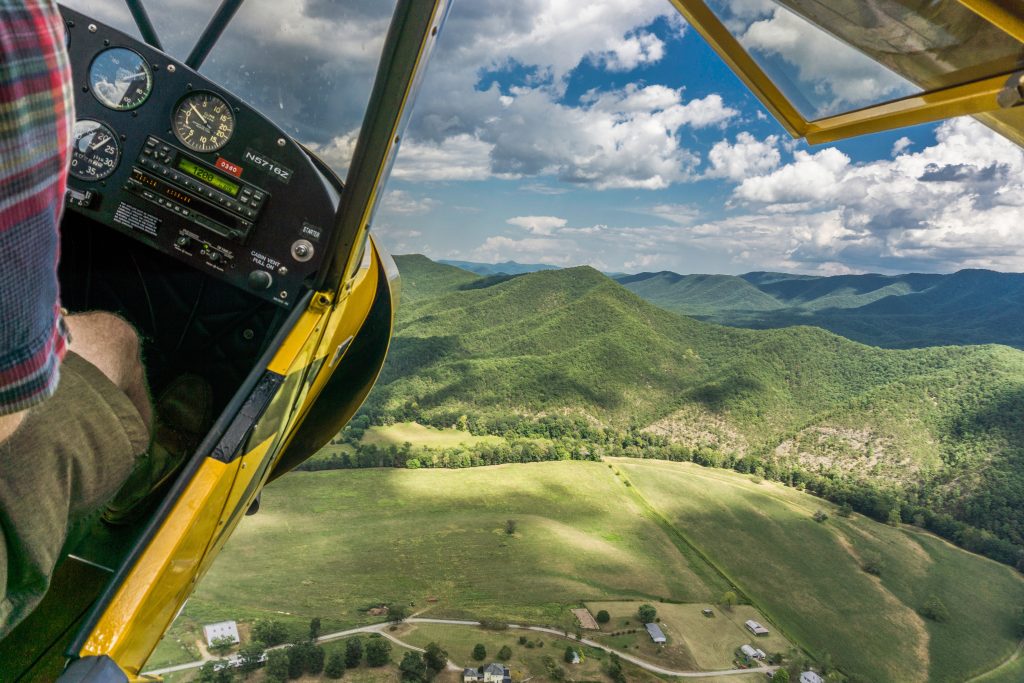 Are there any other special needs your aircraft needs to accommodate?

This question pertains to your preferences. Do you have a bad leg? Well, maybe a low wing wouldn’t be the best option. Do you travel with the handicapped or any special considerations? These are questions to ask when looking at the ergonomics of the aircraft. Other accommodations you should look out for are:

Ask yourself what your creature comforts are and determine whether the aircraft of your choice meets those requirements.

What would your total for annual hours of flying be?

This question ties into the overall return on investment and maintenance of your aircraft. Generally speaking, it makes sense to own an aircraft if you fly over 100 hours per year. Ask yourself how often do you plan on flying and whether or not renting makes sense as an alternative. In addition, the more hours you fly may tie into the maintenance that is required on the aircraft.

How many Engine Hours are on the aircraft, Is it close to Overhaul?

Every aircraft has a required overhaul period or TBO time where the manufacture recommends overhauling the engine, prop, and other components. It is important to keep this in mind since each aircraft listed has a different time frame before an overhaul. Don’t get caught on a bad deal for an aircraft that is approaching an overhaul since run near $18,000.

Check out our Buying vs. Renting guide here. 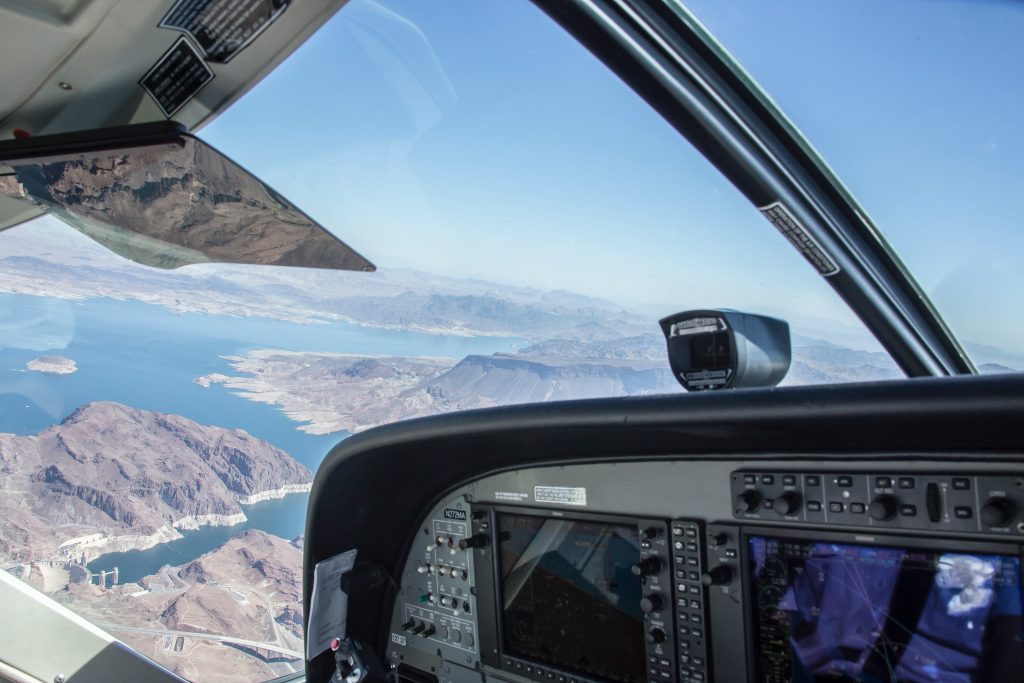 Passenger Count Passenger count is a huge factor in deciding which aircraft to purchase.

Is this to be operational as a private or commercial venture?

Are you a business owner looking for an aircraft as an asset?

Are there budget parameters for your purchase?

One of the most universal questions to ask is what are your budget parameters. This can be a huge determining factor when choosing the category and class of your aircraft. It’s important to understand the extensive financing opportunities or leasing arrangements available to us as pilots.

Partnerships are also a factor in choosing a budget parameter. Many pilots decide to co-operate their aircraft with a friend or business partner. If you decide to go 50/50 on an aircraft ownership this may increase the category and class of the aircraft you select.

AOPA offers an amazing aircraft loan calculator that should give you an idea of where you stand.

Check it out here https://finance.aopa.org/loan-calculator

Depending on the make and model of the aircraft this varies drastically. However, Airframe hours are also a factor that determines the value of an aircraft. Keep this in mind when you are curious as to why two identical aircraft differ, as this may offer insight into the condition of the hull.

Even though many of these aircraft are over 20 years old they still look modern, this is due to the equipment upgrades. Dashboard components can be one of the most expensive endeavors in aircraft ownership. One gauge addition may drastically increase the usability of an aircraft. Take a look at what equipment is inside as this may have a resulting effect on the value of your aircraft. In addition, Older equipment is sometimes more expensive to maintain, so keep this in mind as well.

An airworthiness directive is similar to a recall. These are notices issued to pilots regarding a safety deficiency with a part of an aircraft. The issue is, you, the owner are responsible for all repairs of the Airworthiness Directive. Ensure you are aware of the ADs associated with your aircraft purchase as these can be hidden fees that crop up in the long run.

Just like a car, damage history can affect the value of an aircraft. Aircraft damage can be a lot more detrimental regarding airframe structure. Ensure to do your due diligence and acquire proper documentation of repairs that were made.

This may be seen as a non-factor but it goes a long way. You don’t only want to own a plane but you also want something that you can be proud of. Cracking paint, or a stained/ripped interior can lessen the overall appeal of your aircraft. In addition, some detailing services can range up to $25,000. It’s important to check the condition of your aircraft to avoid any detailing fees in the future.

A flight club is a group of individuals who jointly own, maintain, and operate a small fleet of aircraft. Generally, the model for flight clubs is monthly membership dues/initiation fees in return for significantly cheaper flight hours. There are other commitments you need to make in order to join a fight club as many require a certain amount of volunteer hours each month.

Flight clubs are a fun way to fly and gain your pilot’s license. Not only are you flying regularly, but you are surrounded by a group of pilots who all have shared ownership and passion for the aircraft you fly.

This is significantly cheaper than the average $140 – $180 cost option from a traditional flight school with the feeling of aircraft ownership.

With flight clubs you will still have to reserve the aircraft before renting it out, however, availability is greatly increased. Flight Clubs rarely impose surcharges on top of multi-day rentals, minimums are usually very low which allow you and your family to fly out for multiple days at a time for a minimal cost.

You don’t necessarily have to buy an aircraft for the full price when you have a financial partner who shares a stake! Aircraft partnerships are often a really great way to get into finding the aircraft of your dreams. Often times it may be too expensive to buy an aircraft right out, however, imagine if you could buy 1/3 or 1/4th the cost.

Aircraft partnerships are usually an arrangement between 2-5 individuals over the costs of one aircraft. These smaller arrangements are more limited than a flight club however they offer the most exclusive rights to an aircraft. Generally, these relations are bound by contract meaning you have a legally vested interest in all operating costs and finances of the aircraft. However, it comes with the benefits of open scheduling, reduced costs, and the opportunity to access higher-end aircraft.

Read More about Buying Vs. Renting 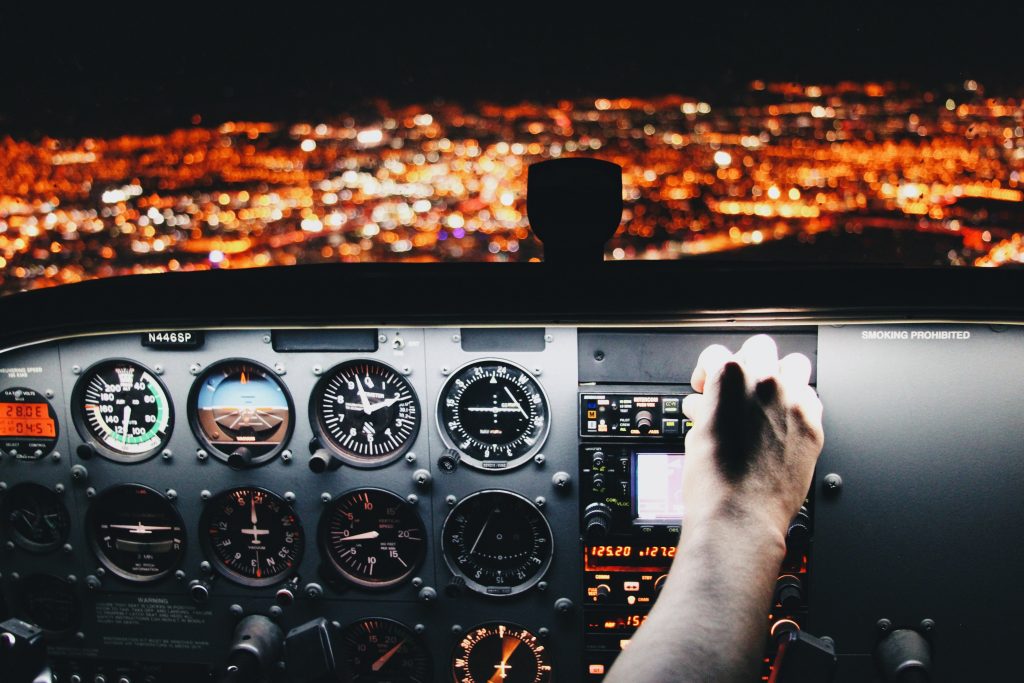 Rewarding Experience Aircraft ownership can be one of the most rewarding experiences.

It’s super important to do your own due diligence when purchasing an aircraft. Becoming an aircraft owner is an exciting experience. Ensuring that it goes smoothly during the purchase period can affect your entire ownership.

Asking yourself these questions can ensure you pick the Aircraft of your dreams.

Check out our blog post on 5 Easy and Cheap Ways to start flight school, in which we also discuss how contracting a personal flight instructor can prove to be significantly cheaper in your own aircraft.

Are you interested in purchasing an aircraft? Check out some of our listings below, as you can see the prices are on par in comparison to buying a new car.

Get our latest Posts & Aircraft listings from AeroAvion.

Check out our latest blog posts 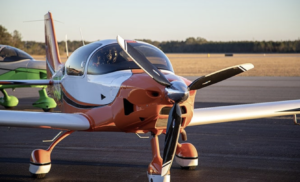 Mike Ojo, of popular aviation YouTube channel “MojoGrip,” along with a savvy team of pilots, initially launched LookUpAviation earlier this year. The goal of LookUpAviation is to create modern solutions and great customer service for a rather dated industry. 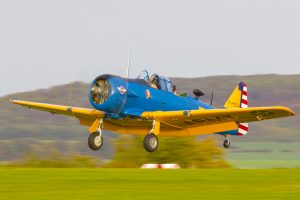 Buying a new aircraft can be an exciting endeavor. We have created this guide to help you specifically with Smaller Single Engine or Multi-Engine aircraft financing. 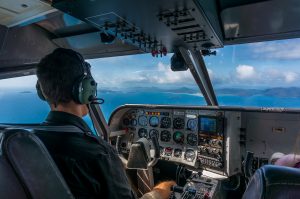 Stratus Insight by Appareo and ForeFlight By Boeing. The two biggest names in aviation tech now each offer amazing EFB options. Either you are a new pilot or an experienced pilot who has been flying with both for the longest while.